Veronica's story | Providence Row Skip to title Skip to main content
We gather anonymised analytics data on website usage unless you opt out.
OK Opt out

Veronica* worked with our Advice & Support and Learning & Wellbeing teams. 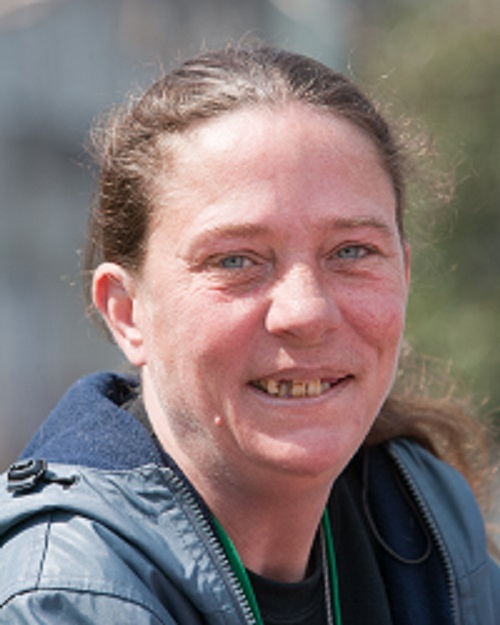 This is Veronica's story, in her own words

I was homeless before I got into my most recent hostel. Before then I was getting help from a charity called Praxis based in Bethnal Green. Before that I was homeless for three and a half years. I was living in different parts of London. I was kicked out from another hostel, because social services stopped paying for it. That was when everything went downhill. That was in 2013 and from then until 2016 I was homeless.

I was sleeping with men to stay in their houses. It's a shameful thing, but in the system we are in, there’s no way vulnerable women don’t get into that situation. After I got kicked out of the hostel, I stayed with a man, sleeping on the floor. Someone I met through him felt sorry for me.

There was another man who liked me so I spoke to him  and asked him if I could stay with him. He knew a guy in another part of London who was lonely and he said maybe I could stay with him. I got there, introduced myself. He said he had no separate bed. He only had his own bed. He asked if I didn’t mind sharing. He said he wouldn’t touch me, but obviously he lied. I was so desperate at that point. I stayed with him for two or three weeks, before he told me to leave.

I was walking around restless and confused. I saw this man and he asked me to come over.

“I’m homeless I have no place to stay”.

He felt sorry for me, and spoke to a woman he knew who let me stay at her house. She told me I didn’t deserve to be on the street and gave me the number of a charity.

“Don’t wake up late. Don’t wait for him. Go on your own if you have to”

I nearly didn’t get there. The man kept trying to stop me going, because he was paranoid I would find someone else. He was following me around and kept butting in. It was almost like he didn’t want them to help me. I was so frustrated! I decided to leave him. Then I went straight to Praxis.

Since then I have got legal status. I just got keys to my own room. I kissed the floor, I didn’t care it wasn’t hoovered. It was like going to a five star hotel. I smelled freedom. Right now I’m working on finding a job that I will love. I’m studying and have completed several courses already. I need to do something with my life. I don’t want to dwell on the past. I need to move on with positivity. Happy! It’s so difficult to find that word in me. That’s what I want to concentrate on.

Without the support network, it’s a downward spiral. Women who are in the same position that I was in - many of them are underground. But there are a few who are wandering around in the streets because they’re confused. When I see them I want to shake them and say

“There is help out there for you!”

Without exaggerating. Providence Row has been marvellous. Brigitte and Chris who helped me with art and photography. I had a phobia of making mistakes. I was nervous with the camera. But one of my pictures was in an exhibition. I saw it and was so excited. It was my picture! I took it.

I want to think big for myself.

Even during those years I was homeless I was still dreaming big. Without any support and any connections what was I supposed to do!

I’m eternally grateful for the support."

*Veronica's name and some details have been changed to protect her privacy.

Need our help? Find out how you can access our homelessness services in East London.
Donate Donate to our urgent Christmas appeal
Providence Row is a charitable company limited by guarantee registered in England and Wales with company number 07452798 and registered charity number 1140192. Its registered office is at The Dellow Centre, 82 Wentworth Street, London, E1 7SA.
Log in | Powered by White Fuse